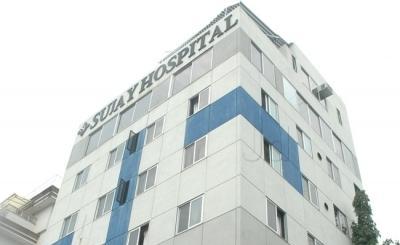 Dr. Abha bhat is a qualified fertility specialist with in-depth knowledge of the intricacies of conception and assisted reproductive technology. She has done her medical schooling at the prestigious seth g. S. Medical college and king edward memorial hospital. Following this, she completed a postgraduate training at lokmanya tilak medical college and hospital. She has received training in obstetrics and gynaecology in the united kingdom. She became a member of the royal college of obstetricians & gynaecologists in 2004. She has worked at the assisted conception unit at the well known kings' college hospital, london as a clinical fellow. During the one year period she has been trained in the field of infertility & reproductive endocrinology by mr. John parsons and mr. Mike savvas. She has also completed a one year postgraduate diploma in clinical embryology. After return to india in 2009, she joined rotunda-center for human reproduction. In 2010, she helped set up rotunda fertility and keyhole surgery center at lokhandwala, andheri west. She was the scientific director of this clinic till may 2014 and during this time helped many couples in fulfilling their dream of parenthood. Since 2014, she has started independent practice. She is caring, compassionate and understands how fragile the emotions are in a couple going through fertility treatments. She will hand-hold you through the entire process, allaying your fears and concerns, answering all your questions and doubts and being there with you till you fulfill your dream.