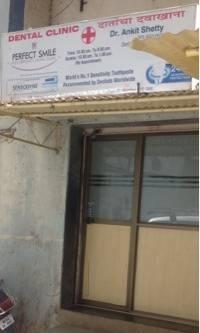 Graduated from S.D.M Dental College one the most renowned Dental college in South East Asia In 2005, soon after graduated he left to Australia to pursue his post graduation in the field of Public Health (MPH) and later went on to pursue his Masters in the field of Health Services Management (MHSM) and was selected to be a part of the public oral health awareness camapiagn for nundah ( a suburb in Brisbane, Aus) community centre which he successfully completed.Later he was offered a job at one the largest not for profit sectors called Hospital Contributions Fund (HCF) and worked with them for two years. Later ,moved back to India with keen interest to set up his own practice in (Andheri) Mumbai. He had a short stint as a resident doctor with S.D.M Dental college as a Resident dentist where he was posted in the General dentistry department which looked into all aspects of dentistry. Now he is currently heading a team of dentists that runs Perfect Smile dental clinic which is known to be one of the most affordable clinic in Mumbai. Recently he has been mainly involved in Cosmetic Fillings, Root Canal Treatments & Crown & Bridges along with teeth whitening, along with maintaining superior quality and feel at service. He is a keen clinician who wants to serve the society with his immense knowledge, capabilities & experience. He is a life member of the Indian Dental Association (IDA) and a member of Health administrators Society (Australia).