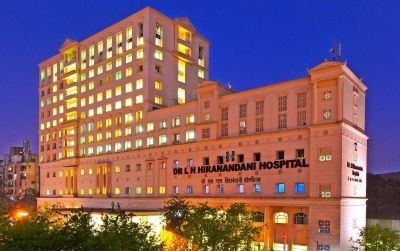 Dr Vijay D Shetty is working at Dr L H Hiranandani Hospital as a Full-time Orthopaedic & Arthroscopic Surgeon (Adult Hip & Knee Specialist) since October 2006. He completed his further training in Orthopaedic Surgery in general and Hip and Knee Surgery in particular from the United Kingdom from 1997 to 2005. Currently, he is an Instructor for Educational Day at SICOT (International Society of Orthopaedics and Traumatology) and International Examiner, SICOT Examinations. He is the first to introduce platelet-rich plasma therapy in India in September 2009. He has entered his name in “Limca book of world records” for shortest stay after simultaneous bilateral total knee replacement in February 2010 and “Limca book of world records, 2007” for fastest recovery after primary total knee replacement. Dr Shetty gave a ‘Live total hip replacement’ relay during Tamil Nadu Orthopaedic Association Conference in February 2009. Internationally, he was nominated for “Best scientific paper” award at the SICOT annual conference at Morocco in August 2007. He is a founder member of Biological Orthopaedic Society, February 2009, Los Angeles, USA. Dr Shetty is an International Faculty for several meetings. He is a full-time reviewer of ‘British Journal of Bone and Joint Surgery’ & ‘Hip International’and the member of editorial board, Hip International. He is also the Editor of Indian Edition of British Journal of Bone and Joint Surgery.He has several publications to his name in international journals and presented many Lectures in international conferences.